Today Waldeyr Silva accepted to release a quick interview about his project and why he has chosen OrientDB.

Luca: Hi Waldeyr, could you tell us a little about your project?

This is a screenshot about the generation of the model (built in python): 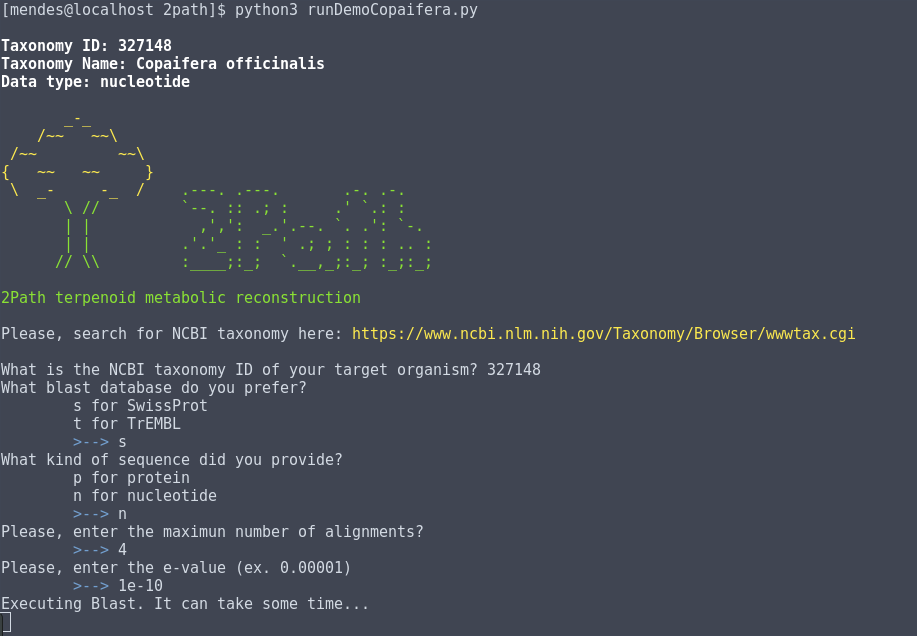 And after a while this is the generated database in OrientDB: 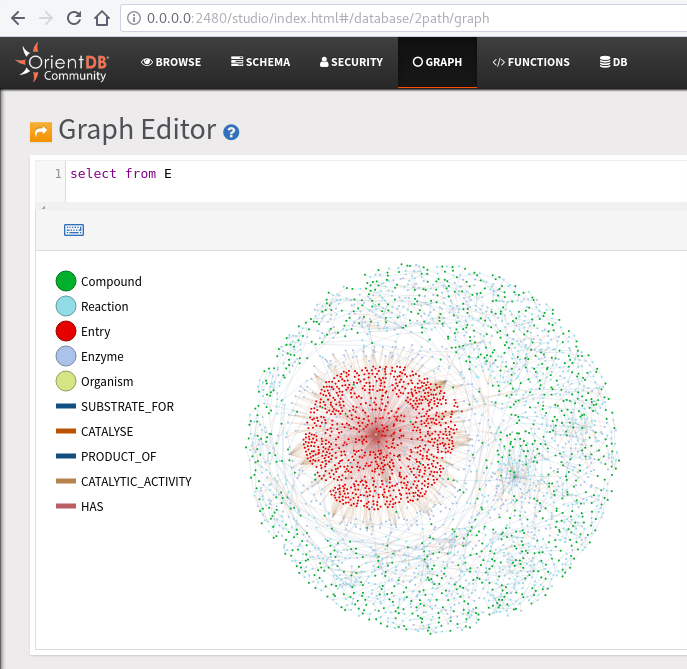 Luca: Did you evaluate other DBMS for this project?

Waldeyr: Yes, the first version of 2path was published using Neo4J. In all cases the performance and compatibility with the modeling of the graph we popped up were adequate. However, OrientDB has brought together two essential, mutually exclusive features in the other databases: favorable license and easy portability. The OrientDB license is fully compatible with the free distribution of knowledge. Also, the database can be distributed embedded in some application.

Luca: Why did you choose OrientDB?

Waldeyr: Primarily by license and portability, but also, it is very intuitive to implement the data model with object-oriented features as abstract classes.

Luca: What API are you using with OrientDB?

Luca: In your opinion, which are the best 3 OrientDB features?

Thanks Waldeyr to have shared your experience with the OrientDB Community. If you want to know more about 2Path look at https://bitbucket.org/wmcs/2path/wiki/Home. If you’re reading this post and you also would like to share your experience with OrientDB, please drop an email to info -at- orientdb.com.

This week we interviewed Odysseas Pentakalos.

Luca: “Hi Odysseas, Can you tell us a little about your company and your role?”

Odysseas: “Hi Luca. I am the Chief Technology Officer at SYSNET International which is based in Northern Virginia in the United States and focuses primarily on offering consulting services relating to software architecture and large distributed system implementation. For the past seven years we have also focused on the Health Information Technology and we have developed an open source product called OpenEMPI that offers master data management for patient demographic and other data.”

Luca: “What’s your background with other databases?”

Odysseas: “Through our consulting practice we have worked with pretty much every commercial and open source relational database in the market including Oracle, Microsoft SQL Server, MySQL and Postgres. We also used MongoDB on a recent research project for storing clinical data. Earlier versions of OpenEMPI used solely Postgres to persist the data managed by the system but we’ve been working on a different edition of the software that uses OrientDB to store the key data.”

Luca: “Why did you chose OrientDB?”

Odysseas: “In the entity edition of OpenEMPI we wanted for the system to be able to manage records of any type of entity and not just patient demographic data. Before we selected OrientDB we developed a few prototypes to evaluate the performance of the database in being able to efficiently handle large volumes of records of data where the precise field composition of each record is specified by the user during deployment. We evaluated both relational databases and a couple of NoSQL database and OrientDB was clearly the best option. The flexible Apache license was also another key reason why we made the selection. Finally, the fact that OrientDB is supported by such a dedicated group of people who also provide commercial support if needed, was the feature that closed the deal.”

Luca: “What API are you using with OrientDB?”

Odysseas: “We have been working with OrientDB for over a year now. In the early stages we used the OrientDB Java-based Graph API, but earlier this year we migrated to the Blueprints API since the legacy one was no longer supported. We tried to use the Blueprints API as much as possible since it is a standard API for graph databases but in some areas we found that it is lacking the capabilities we need so we dig deeper and use the OrientDB-specific extensions.”

Luca: “In your opinion, which are the best 3 OrientDB features?”

Odysseas: “There are certainly more than 3 great features in OrientDB but here are the top 3.

Congratulations on the great job you guys have done so far with OrientDB and the best of luck in the future.”

This is the first of many interviews with users regarding their usage of OrientDB. We asked to Kashif Masood, Technical Executive at Awal Technologies (http://awalinc.com), how they used OrientDB. Read more about Testimonials and Active Customers.

Luca: “Hi Kashif, Can you tell us a little about your company and your role?”

Luca: “What’s your background with other databases?”

Kashif: “We regularly use MySQL for our client projects. We have used Cloudant (CouchDB), HyperTable, HBase, and OrientDB for specialized needs. We fully advocate NoSQL movement, and consider Document and Graph DBs as the most innovative solution invented in the history of data storage.”

Luca: “Why did you chose OrientDB?”

Kashif: “We chose OrientDB because of its Graph data model, its intuitive SQL like language, Apache License, if you don’t want graph then use Document model (schema less), no costly joins like in RDBMSes and future potential. The product which we had to develop required two key concepts: store individual information in the form of documents (which OrientDB provides in a very convenient manner) and relationships between these documents in the form of a graph structure, since we had some social networking type of features, and OrientDB provided the graph model representation and manipulation in a very powerful manner.

I am glad we didn’t have a learn some aliens language like Cypher to traverse and find patterns out of the relationships. It has a simple SQL like language to do the stuff we needed. This same was very difficult and painful to do using BigTable like DBMSs e.g. HyperTable and HBase. Obviously we are not talking about hundreds of petabytes of data here. While MongoDB was notorious about data lose, because of its late data flushing out to disk. So we tried CouchDB, but we very disappointed to see how we had to query data using its improperly implemented Map-Reduce querying feature. Neo4J is a good product to drain out your money and still keep you unsatisfied, due to its non-distributed nature. So we were left with OrientDB as the single and the best choice for our problems solution.”

Luca: “What API are you using with OrientDB?”

Luca: “In your opinion, which are the best 3 OrientDB features?”

Kashif: “Naming 3 best features is a very difficult question to answer. Because for us it is difficult to ignore all the features which are best to name just 3 :). But in a sorted list of all its best features, the first 3 features will be:

Luca: “Thanks for the interview, Kashif!”